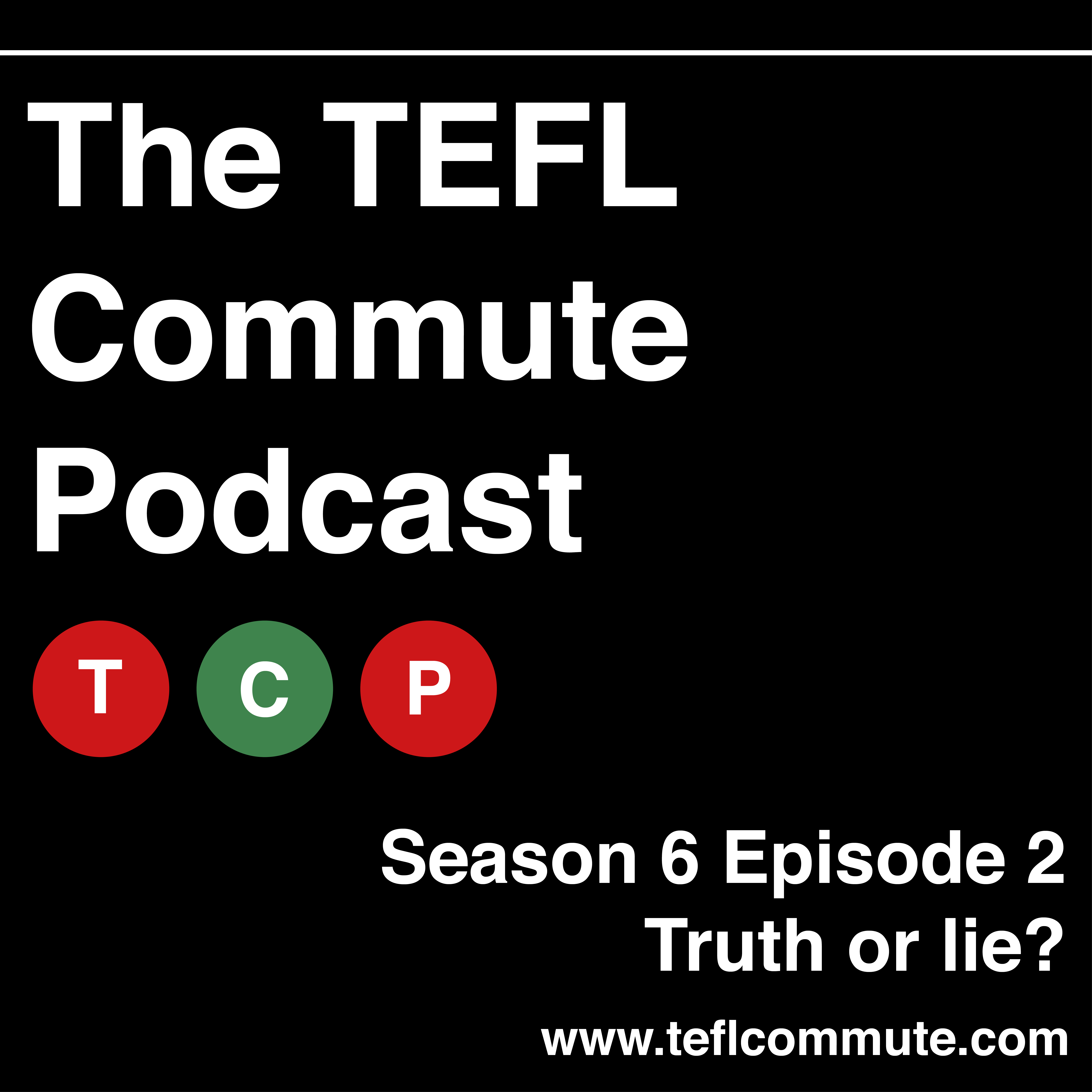 In episode 2 Lindsay and Shaun jump on the post-truth bandwagon and discuss how post truth maybe the norm in the typical ELT grammar rules we give students. They explore the rules for their validity and manage to get tangled up in when to add er or not. James makes a rare appearance to test their fake newsdar and the angels yet again grace us with their wisdom.

In a post-truth world some links to language

Here’s the end of pod:

As your commute is coming to an end, here is an idea you can take into your class. In the episode we talked about how lying is used in classroom activities so in that vein here is an activity to encourage one of the students to lie.

The activity can be used as a warmer and as way to give some students picture description practice.

At the beginning of the activity choose four students and ask them to go the front of the class.  Now put the rest of the student into four groups.  The groups will listen to the four people in turn describing a photo – however one of the four will not be describing a real photo and the class has to find out which.

Take the four chosen students outside the classroom (this is so the rest don’t hear the activity set up). Ask three of them to take out their mobile phones and find a photo on their phone they are happy to talk about.  Tell the fourth person to ‘imagine a photo’. This student must stick with the same imaginary photo for the whole exercise. Tell them they are going to describe their photo to each group in turn for a minimum of thirty seconds. The group will also have the chance to ask yes / no follow up questions.  Give the students a few seconds to prepare themselves then make sure they put their phones away.

Send one student to each group and get them to describe their image, allow a further thirty seconds for follow up yes / no questions. The students rotate around the groups until each group has heard every student.  They must then decide which student is not describing a real photo.

Take a vote before the students reveal which of them had photos and which didn’t.