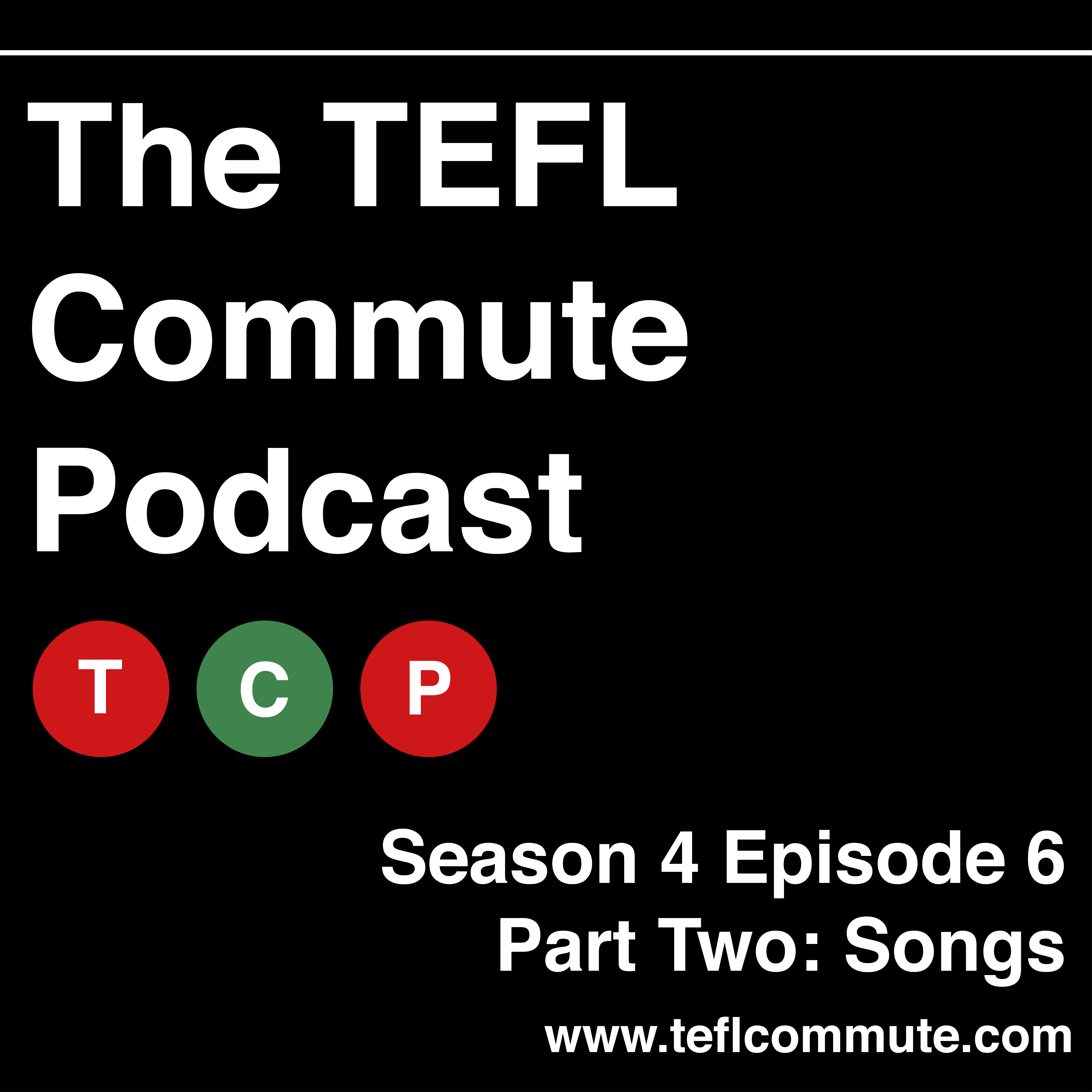 In the second part of their discussion on music in ELT, Lindsay and Shaun discuss songs and have a ‘fight’. We invited some ELT songs puns from listeners and these are are favourites:

CLIL crazy after all these years by Paul Simon (Julian Jahanpour)

Girlfriend in a Comma by The Smiths (Marcos Benevides)

Total Ellipsis of the Heart by Bonny Tyler (Will Roscoe)
Walk like an Elision by the Bangles (Chris Madden)
The Final Count Noun by Europe (Lindsay)
Baby you can drive my schwa by the Beatles (James)
You can teach this by MC Hammer (Carina Shiroma)
Under the Boardwork – The Drifters (Jessica McKay)
How much is that dogme in the window (Paul Davies)
Simply the NNEST by Tina Turner (David Dodgson)
Give PPPs a chance by John Lennon (Jeremy Taylor)
Lexical Healing by Marvin Gaye (Curtis Emde)
Better the TEFL You Know by Kylie Minogue Sue Lyon Jones
Honorary mention
Harmer Chameleon by Culture Club (Sue Lyon Jones)
As your commute is coming to an end, here’s an activity you can take into class. Find the lyrics of a song that tells a story. Paste them into a word document, but make the text look more like a paragraph than lyrics. Select a few words and replace them with translations in the students’ language. Alternatively, replace some key words with blanks and provide definitions. Give the text to the students, but don’t tell them it’s a song. Ask them to either find the words and translate them back to English, or complete the gaps with the correct words for the definitions. When they have finished, then tell them that this is a song. Play the song and let them check their answers. Keeping the song bit secret until the end makes for a pleasant surprise, and provides a real reason to listen.