In this episode we were joined by Philip Kerr. His rather good book on translation which we take the end of pod activity from is available to buy now: 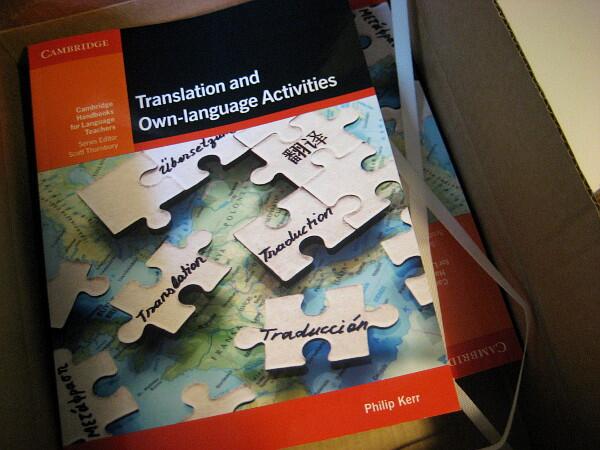 What got us started on this episode:

The video clip could be used in class a precursor to a discussion on translation. Given the video also portrays a ‘story’ there are many activities you could do with the story i.e. as a writing, role-play interview and so on.

Shaun also referred to an article about the British, which happens to include the joke Lindsay told. The article is quite accessible so can easily be used as an authentic text with a class.

Our inner geek went wild with sci-fi so we’ll leave you to google the shows but the two clips we played are:

The links to other stuff we discussed are here:
Duolingo

Some of the stuff duo lingo comes out with

Words with no English equivalent

And here’s the end of pod activity:

As your commute is coming to an end, here’s an activity you can take into class. This activity works best with students who share the same language and it’s a variation of the favourite Broken Telephone activity. Write a sentence in English on a piece of paper. Give it to a student, who translates it and whispers the translation to the next student. He or she then translates it back into English and whispers the English to the next student. This person translates it into his or her own language and passes it on. Continue this way until you get the last sentence in English, which the student should write on the board. Is it the same as your original sentence?
A version of this activity can be found in Philip Kerr’s book Translation and Own-Language Activities, published by Cambridge University Press.