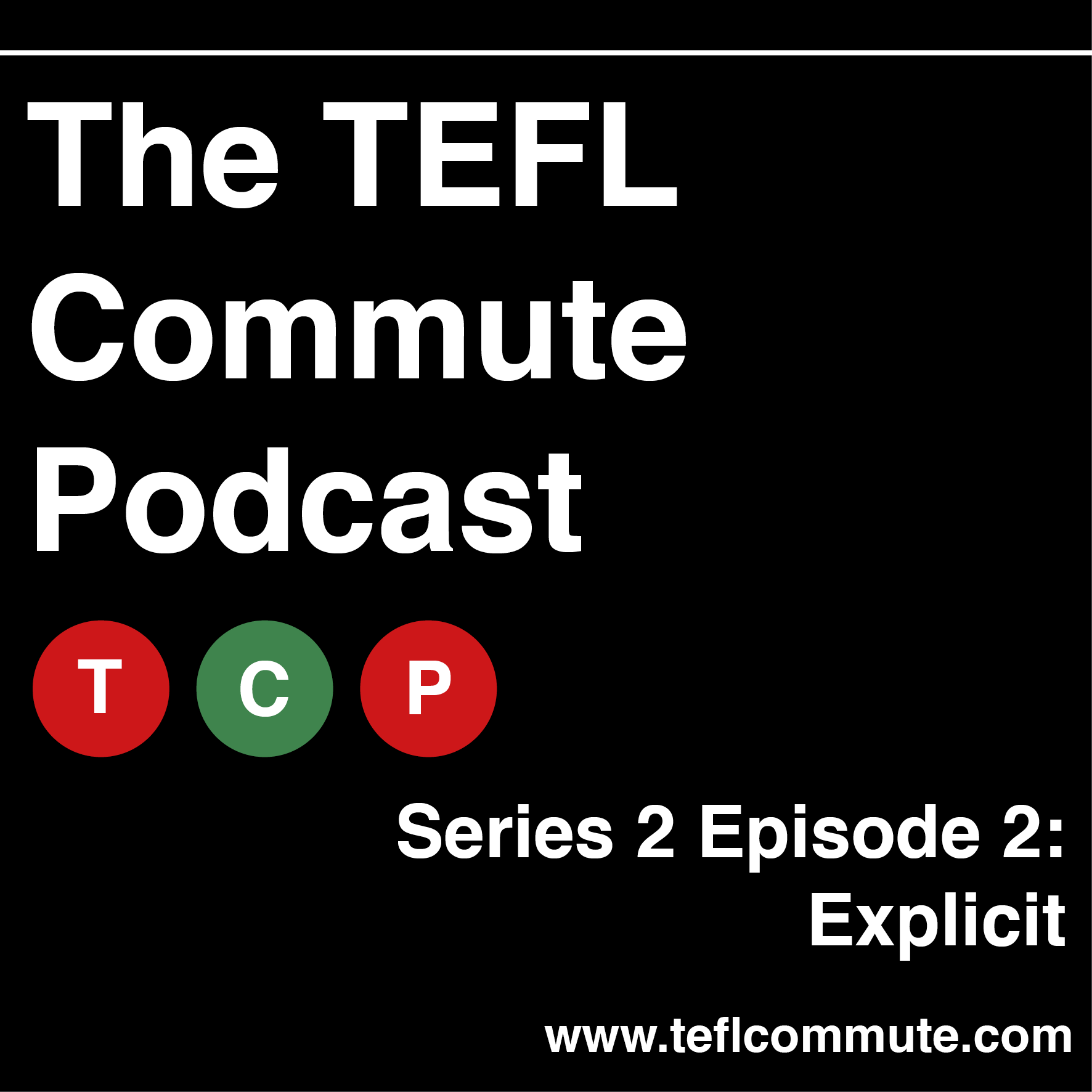 In our discussions Lindsay and Shaun referred to the following link:

Swearing and tech: text predict, smartphones, dictation.
Examples: duck for fuck, shot or shut for shit, tents for tits, god damn, assface
http://uk.businessinsider.com/google-is-censoring-swear-words-2015-9 Where does this come from? Well, no official word but people seem to speculate they use the same rules as the RIAA (Recording Industry Association of America) or the FCC (Federal Communications Commmission).
http://www.riaa.com/aboutus.php?content_selector=about-who-we-are-riaa
https://consumercomplaints.fcc.gov/hc/en-us/articles/202731600-Obscene-Indecent-and-Profane-Broadcasts
Interestingly same thing happens in frequency counts. How frequent is FUCK or SHIT? http://www.wordfrequency.info/free.asp?s=y

The end of the pod activity:

As your commute is coming to an end, here’s an activity you can take into class. Don’t worry we are not going to encourage you to do a swearing activity, however we will work with the idea that often when someone has the urge to swear but they know they can’t they change the word.

This reminded us of the activity ‘coffee potting’, a language guessing game.  Ask the students to think of a sentence that reviews language from a previous lesson. This could be any type of word (noun, verb, adverb, adjective and so on). Students should change one word in their sentence to the word coffee pot.

For example: One thing I can’t live without is my coffee pot. I use it every day to communicate and read the Internet.

When ready, invite one of the students to say their coffee potting sentences. The other students ask questions to try and guess what the real word is. Why do you need a coffee pot? Do use the coffee pot by yourself?

Once guessed, another student takes a turn.

Listen to the episode here: