“For me, going into Ryman’s [stationery shop] is the most extreme sexual experience one could ever have” – Morrissey 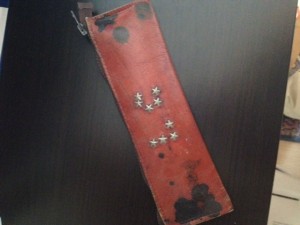 In this episode we discuss stationery. Lindsay and Shaun talk pens and pencil cases, before discovering the secret life of Microsoft’s Clippy. We also talk to Sinéad Laffan​ about her favourite ELT books and dessert (yes, really) and finish with an activity using paperclips.

The voxopops make for an authentic listening.

You could, for example, match the speaker to thing mentioned. Or ask questions like how many different things are mentioned, what reasons do people give for liking their stationery and so on.

Lindsay’s history of the pen.

Pens appear in quite a few coursebooks, you could supplement that lesson with Lindsey’s long turn.
Make a set of true or false statements for example:

The Books on the Dessert Island were:

Here is a simple recipe for Rhubarb Crumble

Speaking of books, this is the one on stationery that Shaun mentioned:

Adventures in Stationery by James Ward

Should you want to see the buzzfeed photos, go here

Further sources for the different ways to use a paperclip the end of podcast activity.

See you for episode three on names!

This site uses Akismet to reduce spam. Learn how your comment data is processed.